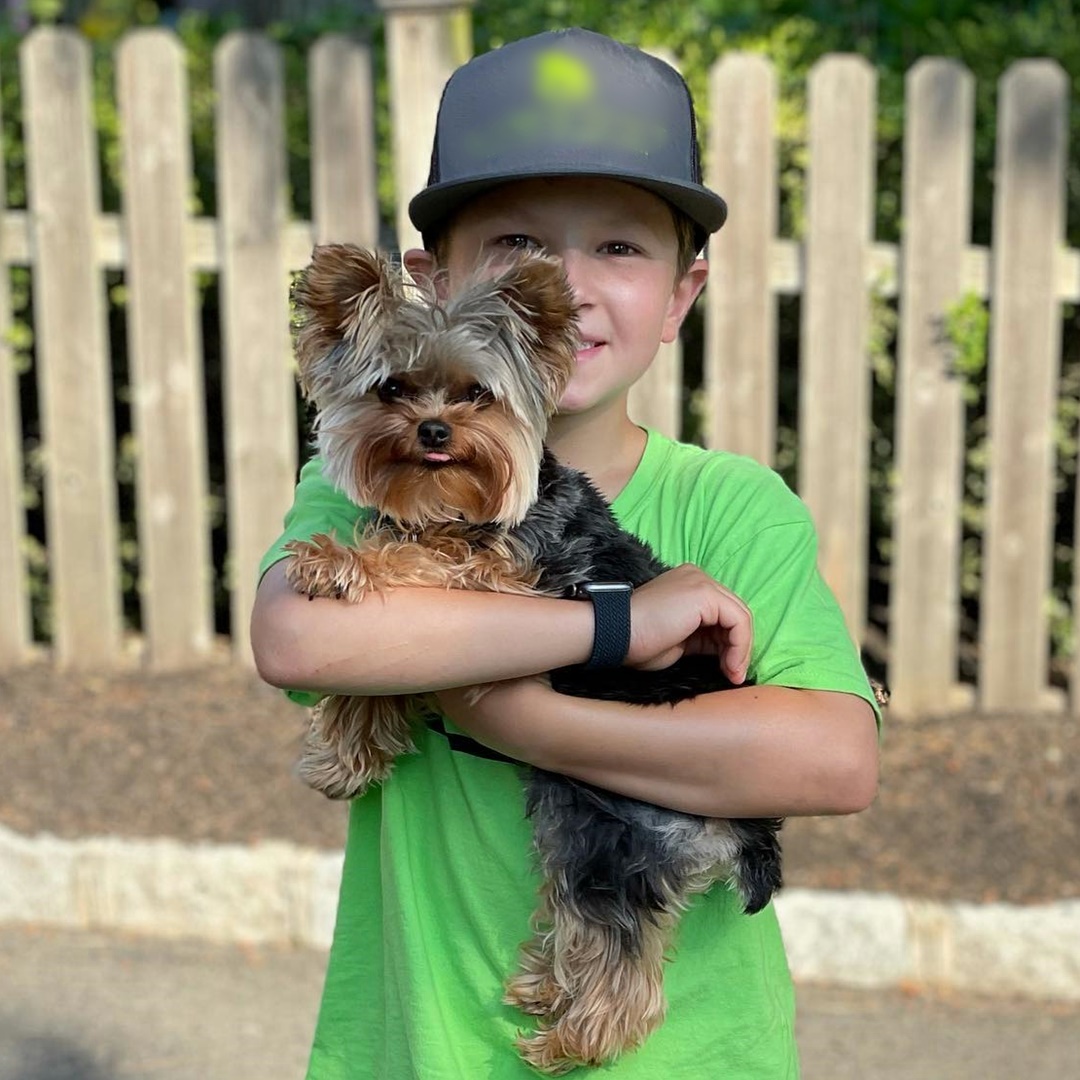 One of the hardest decisions a breeder of small breeds has to make is whether or not to sell puppies to families with small children. If they do allow a family with children to adopt one of their puppies, is there a magic age that children should be in order to ensure a safe and successful placement?

About ten years ago the dad of 8 and 9-year-old children contacted me for a puppy. We had several nice phone calls so when I finally had a puppy available they were the first ones I thought of for him. When the day of their visit came, I was excited to meet them but almost from the minute they walked through my door everything went wrong.

Before I go further, I want to be sure to mention that I do not expect children to instinctively know how to handle a puppy. What I do expect is that when I explain how to hold and handle a puppy to children that their parents will be engaged in the conversation and reinforce what I say. If a child is not paying attention or doing what I ask, I expect the parents to help me out. And thankfully, that is what usually happens.

Back to the story. After a quick hello, the parents sat on the sofa looking out the window, deep in conversation about their dinner plans later that night. I sat on the floor with their children, the puppy, and my adult dogs. I had to ask the kids to sit flat on the floor (not kneel) over a dozen times. The parents said nothing. The children would curl their fingers downward and run them from the tip of the pup’s nose, up his muzzle to his forehead barely missing his eyes. I corrected them countless times but they kept doing it. The parents said nothing. Although they had been asked not to pick up my 3 ½ lb adult, BamBam, the kids grabbed for him every time he went anywhere near them so I finally had to put him in the other room. The parents said nothing. And it went downhill from there.

Of course, there was no way I could let this family have a puppy so I ended the visit as quickly as I could and politely told them I didn’t think a Yorkie was a good fit for them.

I did end up placing that puppy in a home with 2 little girls who were younger than the children from the first family. I knew from the first second I spoke to their mom that they would be a perfect fit and I was right. They came for a visit and it was delightful. The children paid attention when I spoke and tried really hard to handle the pup exactly the way I told them to. The parents were engaged with me and their children.

A year later I got a picture in the mail of the younger girl holding the puppy exactly the way I showed her to. They included the cutest note telling me that not only were the girls still following my “rules”, they would also explain them to their friends when they came to visit, and even correct their parents if they weren’t holding the puppy with both hands “like Susan said”.

The point of me telling you all of this is that while I prefer not to place my pups in homes with children who are not yet school age, beyond that I don’t have a hard and fast rule for when a child is old enough for a toy breed puppy. On paper, the first family should’ve been fine with a Yorkie. But they weren’t. And the second family shouldn’t have been a good fit at all. But they are.

I know a lot of breeders who will not place their toy breed pups like Yorkies in homes with children under 13. While I understand and respect their decision I don’t agree with it. Personally, I think Yorkies can be great family dogs but it has to be the right puppy and the right family.

That is why visits are so important. They give both the parents and I the chance to observe their children with the puppy. The children get to ask me questions directly … and hearing what is important to them is the cutest thing ever!!! I also get to see how the family members interact with each other, if the parents are attentive to the needs and safety of the puppy, and make sure the children are enjoying their interaction with the puppy (and vice versa).

I know it’s tempting for parents to want to come to their first visit alone so they can get to know me and their pup and ask all of their questions uninterrupted. While I appreciate that, I hope that you can also appreciate why it is so important for me that your kiddo’s come with you. Afterward, if you don’t feel like we got a chance to really speak and you still have questions, I’m only a phone call away.